Autonomous vehicle services: The future has a long and winding road 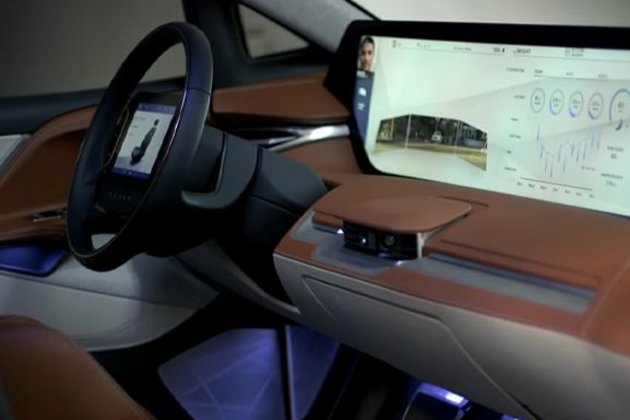 Automated vehicles will provide many benefits to drivers and the transport industry, but there is still a way to go before the technology is ready. Paul Budde reports.

AROUND 20 YEARS AGO, the Federal Communication Commission (FCC) in the USA allocated 75 MHz (5.85-5.925 GHz) to Intelligent Transportation Systems. This led to the dedicated short-range communications (DSRC) standard, 802.11p, which is a tweak of 802.11a. Approximately zero cars adopted it. There were demo projects and some roadside units were built, but it never came within a few orders of magnitude of reaching critical mass.

Then the industry became confused by the mobile operators pushing 5G. A few years ago, the mobile operators in Germany indicated that to develop an autonomous system in Germany, the car manufacturers had to become co-investors in 5G infrastructure. They flatly refused and that was a clear sign that a mobile industry-led 5G approach was dead in the water for V2X applications.

It will be the car manufacturers who will be driving the standards issue. If they fail to do so, regulations will be imposed on them. Of course, it will take decades before a fully autonomous vehicle system can operate, but I am sure that we will be moving in this direction.

What Australia can learn from electric vehicle policies in Indonesia

The Indonesian Government is making an effort to encourage drivers to go electric in an effort to reduce traffic and air pollution.

The car companies were enraged. They had 75 MHz and now only have 30 MHz. They do want to use C-V2X rather than DSRC. The FCC normally lets spectrum users change technologies rather easily, but under the Trump Administration, this was not continued. My colleague, Fred Goldstein, told me that there are multiple appeals and petitions by the transportation sector to overturn the FCC's move and the U.S. Department of Transportation opposes it, too - though they are highly unlikely to go anywhere.

The car companies do need a lot more broadband capacity for V2V communication and even more for V2X (X namely being the roadside), to prevent accidents and allow self-driving vehicles to exchange video with each other. So now the industry has a solid 30 MHz for V2X in the U.S., the question now is will they use it?

The mobile carriers simultaneously used autonomous vehicles and vehicle safety as a reason for their entry into this business. But the cars on the road are more likely to be fully autonomous, using the vehicle radar spectrum allocated at 76-81 GHz. And the FCC has just tweaked the rules to allow more powerful field disturbance sensors inside vehicles on the 57-64 GHz (unlicensed) band for functions including autonomous vehicles operation and detecting unattended children left in cars.

Several car companies (Ford, BMW, Audi, Mercedes, Volvo, Cadillac, Porsche and Tesla) have endorsed C-V2X (which includes V2V non-cellular modes that do not depend on having coverage everywhere). However, it will be able to also use 5G when sufficient infrastructure becomes available.

Support for the C-V2X technology is gaining momentum for the following reasons:

In an effort to gain votes, the Coalition has targeted Labor's support for electric vehicles in their election campaign.

An early application could look like this, when a car is aware of upcoming traffic issues such as road works, congestion or accidents, it can take pre-emptive action such as slowing down or suggesting a different route. This can help boost traffic safety for people inside the car while avoiding start-and-stop traffic improves efficient energy use.

Other examples include the possibility for cars to find open parking spots easier with the help of traffic cameras. While this will be some time away, cars may also communicate with traffic lights to establish an optimal speed and create a so-called "green wave" and with each other to optimise safe exits and entries from and onto highways.

The new technology is also being tested in Australia:

The Advanced Connected Vehicles Victoria (ACV2) project is a partnership led by Telstra and Lexus Australia and is funded by a $3.5 million grant from the State Government's Connected and Automated Vehicle Trial Grants Program, which supports a range of initiatives to benefit road safety on roads across Victoria.

Paul Budde is an Independent Australia columnist and managing director of Paul Budde Consulting, an independent telecommunications research and consultancy organisation. You can follow Paul on Twitter @PaulBudde.