Mahindra XUV700 Will Launch In 34 Trims - All Variant Details Leak 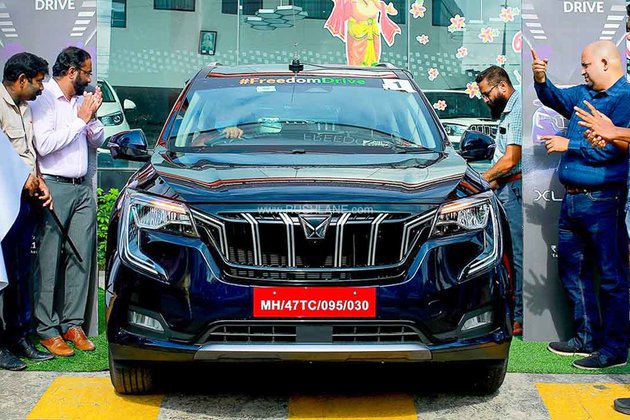 Mahindra has managed to hit the ball out of the park with the debut of XUV700. Not only does it offer loads of features on the SUV, but also offers them at a very competitive price. Even the base MX variant is astonishingly well equipped and might give stiff competition to SUVs belonging to a segment below like Hyundai Creta and Kia Seltos.

Mahindra is getting ready to launch their new flagship SUV, the XUV700 in India. The SUV has already been unveiled, and is currently on a multi-city tour across major cities in India. Official bookings are yet to start. Some dealers have been accepting unofficial bookings.

AX7 trim is only offered as a 7 seater. There is no 5 seater on offer with AX7. Mahindra will offer AX7 with packages of Comfort, Luxury and Tech. Details on what these packs will add as features, has not been revealed yet.

Mahindra will offer XUV700 with two engine options- a 2.0-litre mStallion turbo petrol mill and a 2.2-Litre mHawk diesel mill. The former is rated to churn out an output of 200 PS of power and 380 Nm of peak torque. The latter is available in two states of tune- 155 PS and 185 PS. Both units could be paired with either a 6-speed manual or a 6-speed automatic gearbox.