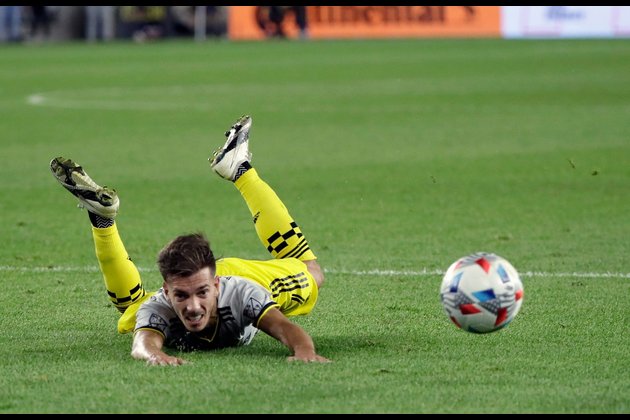 Strong play at home is a major reason Nashville SC sit among the top four teams in the Eastern Conference. However, they didn't have an easy time when FC Cincinnati visited earlier this season.

Looking to extend their club-record home unbeaten streak to 12 games, Nashville SC hope for a more complete showing against Cincinnati on Saturday night.

Nashville SC (5-1-8, 23 points) have played consistently well in 2021, but their start was nearly derailed when Cincinnati's Luciano Acosta and Brenner scored within the first 12 minutes of the season opener. Though stunned, host Nashville pulled one back on Jhonder Cadiz's goal in the 20th minute and Randall Leal leveled things in the 64th for what ultimately would be a 2-2 finish.

Hany Mukhtar has scored five of his team-leading seven goals at home for Nashville, who are amid a 3-0-3 overall run following Wednesday's scoreless draw at Columbus. Three of those goals came within the first 16 minutes (an MLS record) of a 5-1 rout of Chicago in Nashville's most recent home contest on July 17.

"When you are at home, you desperately want to score goals," coach Gary Smith told the team website. "(Mukhtar) has certainly been productive for us at home."

Cincinnati (3-6-4, 13 points) are in the midst of a 2-1-3 stretch, but that defeat came during its last road contest -- 5-4 at CF Montreal. Twice, FCC blew two-goal leads in that match, but managed to somewhat rebound with a 1-1 home draw versus Atlanta United FC on Wednesday.

Acosta scored his fourth goal of the season just around the hour mark, but Atlanta leveled in the 70th.

"You want to keep that lead but sometimes you need to give credit to the opposition," FCC coach Jaap Stam said. "We are working on keeping that lead ... That's a very important one for us."