How to avoid scams when buying a pet online 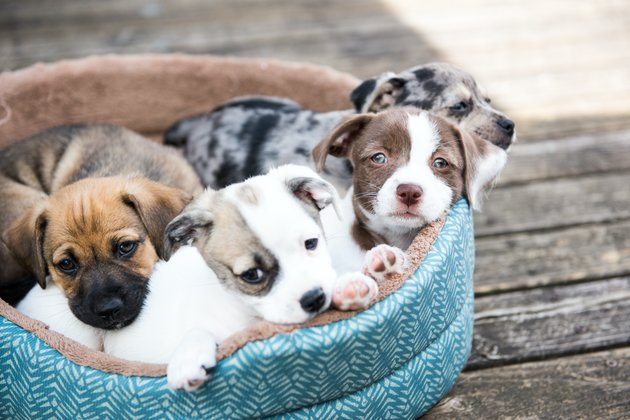 For many people, the pandemic has been a lonely experience. Because of this, it might be tempting to go on the internet and look for a new animal companion. Whether it is a puppy, kitten or even an exotic bird, animal companions can relieve the stress of spending prolonged periods indoors.

My recent study, however, has found there are thousands of fraudulent pet and shipping websites waiting to scam potential pet owners. These have been created by opportunistic cybercriminals for the sole purpose of defrauding unsuspecting buyers by selling animals which do not exist.

Luckily, the anatomy of how offenders organise pet scams is fairly simple and there are some early warning signs to spot them.

Pet scams are usually organised into two stages: a hook and a sting. In the first stage of the scam, offenders will typically seek to build trust with the unsuspecting buyer by using scripted messages which promise pet wellbeing items and after-sale documentation.

Pictures and videos stolen from legitimate breeders will often be sent to victims as part of this process to convince the buyer that the animal exists. The purpose at this stage is to rush the victim into paying a deposit, which will usually be requested in the form of a non-refundable payment.

Once the unsuspecting buyer is hooked, the offender will move onto their second stage of the scam, the sting.

Scammers will typically operate a second website, a pet shipping company. Using this, they will attempt to get more money from the buyer by asking for more fees. This will continue until the victim either runs out of money or twigs they are involved in a scam.

The most common fee usually requested during this stage of the scam is for some sort of refundable cargo crate, often one which they claim is "temperature controlled" despite planes already having pressure and climate control in their cargo areas. The offenders may also create their own fictitious scenarios and stories. One victim's comment that I found described paying US$10,000 (Pound 7,306) after being informed that there had been a plane crash and the transaction had incurred significant legal costs.

Usually, pet scammers would only target buyers in geographically larger countries such as the US, Australia, and Canada where buyers don't normally visit their pet before purchase. However, Action Fraud in the UK has recently reported consumer losses from pet scams of over Pound 280,000 over a two-month period, due to the fact that prospective buyers have not been able to travel to see their desired pet in person during the pandemic.

Pet scams are not a new problem. The US Better Business Bureau found in a 2017 study that up to 80% of all sponsored advertising links to pet websites were created by these offenders to advertise their websites.

However, the number of victims and the estimated cost of this scam for consumers is estimated to be increasing. Victim complaints made to the US Better Business Bureau, for example, have quadrupled between 2017 and 2020 to well over 4,000.

For those seeking to buy a pet online, especially during the pandemic, the acid test of finding out whether you are interacting with a scammer is to have a video chat with any prospective seller. In normal circumstances, this can be taken one step further by always visiting the pet in person. Another good resource available to prospective buyers is my site, petscams.com, which is the largest publicly accessible website dedicated to documenting fraudulent pet and shipping websites.

For researchers seeking to explore non-delivery fraud websites further, there is a significant opportunity. One promising avenue in the case of pet scams is to explore the willingness of domain name registrars to take down these websites in light of the growing threat that they present to consumers. Previous research on fraudulent pharmaceutical websites, for instance, has found that they congregate towards certain "rogue registrars", while other registrars who do take down these domains can significantly disrupt the activities of scammers.